The Force will be with you. Always. 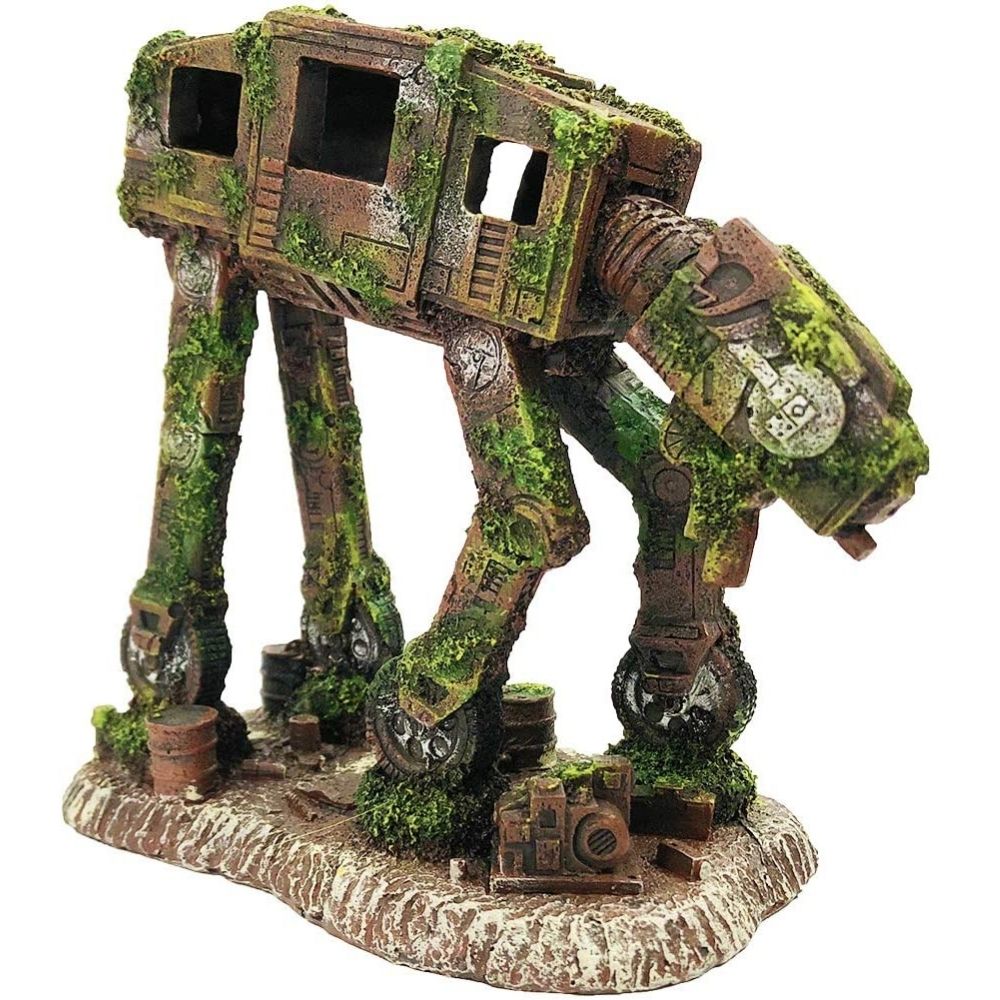 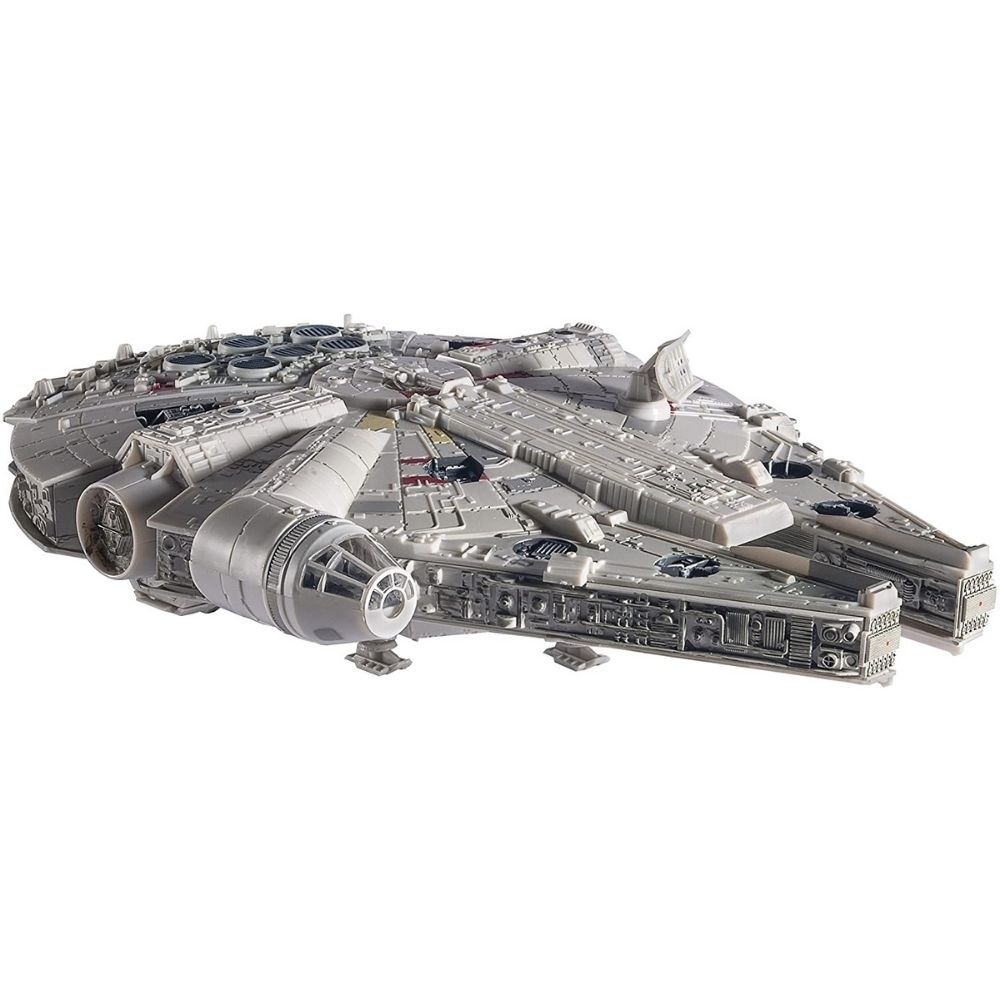 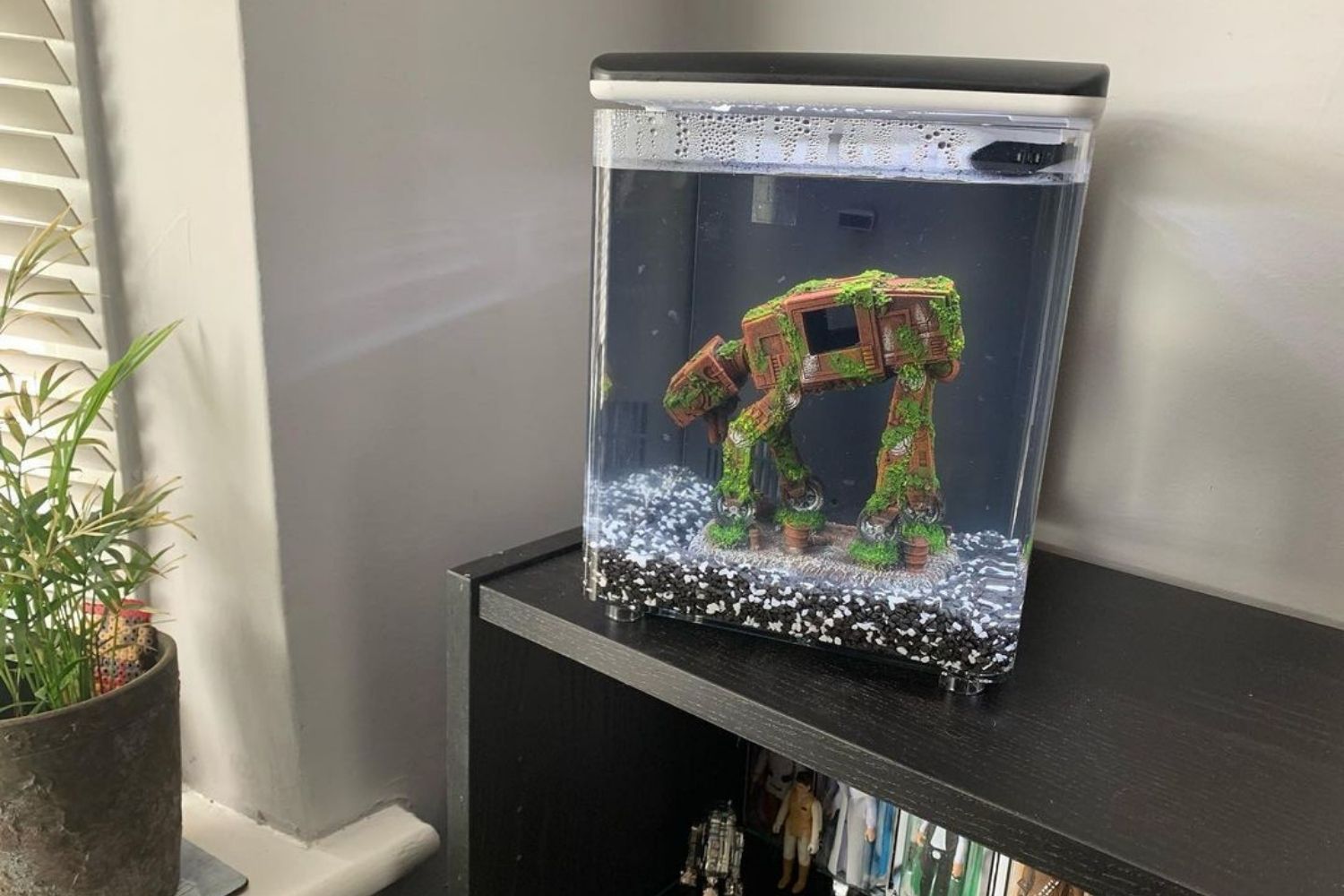 Come into the dark side! We have fish and fish tanks! Star wars, a beloved movie series that helped shape our childhood and imagination can even be found in other fields of life, even ones you didn’t know it could be, like fish tanks. Star Wars is actually so popular with aquarists, there’s quite a variety of Star Wars fish tank decorations and tank themes on the market to choose from and we managed to find the extra cool ones to bring to you. Just like we did with SpongeBob fish tank decoration.

You’ve come to the correct place regardless if you have children or teens that are fans or even if you’re getting re-obsessed with the series. You can’t go wrong here as long as you know all there is to know for the movie series, and tank decorations, through which we’ll gladly help.

Unfortunately, there isn’t a Star Wars themed fish aquarium kit available, so you’ll have to buy the decorations separately from the tank. We sifted through a plethora of Star Wars fish tank decorations to offer you the creme a la creme including specific things like a Darth Vader fish tank ornament or just simply character-specific ornaments to have an option for each of your favourites.

These are part of really unique fish tank decorations that aren’t seen by many fish keepers, so expect some questions. Because these decorations are so distinctive and dear to most people’s hearts, you’ll be showered with compliments as well. This type of theme would be great even for a futuristic interior or any type for that matter besides perhaps the vintage or classic themed houses.

However, you can very well put this in your bedroom out of sight for most people, but I doubt that die-hard Star Wars fans would miss an opportunity to talk about the beloved series. Without further ado, let’s enter the dark side and answer all your questions. 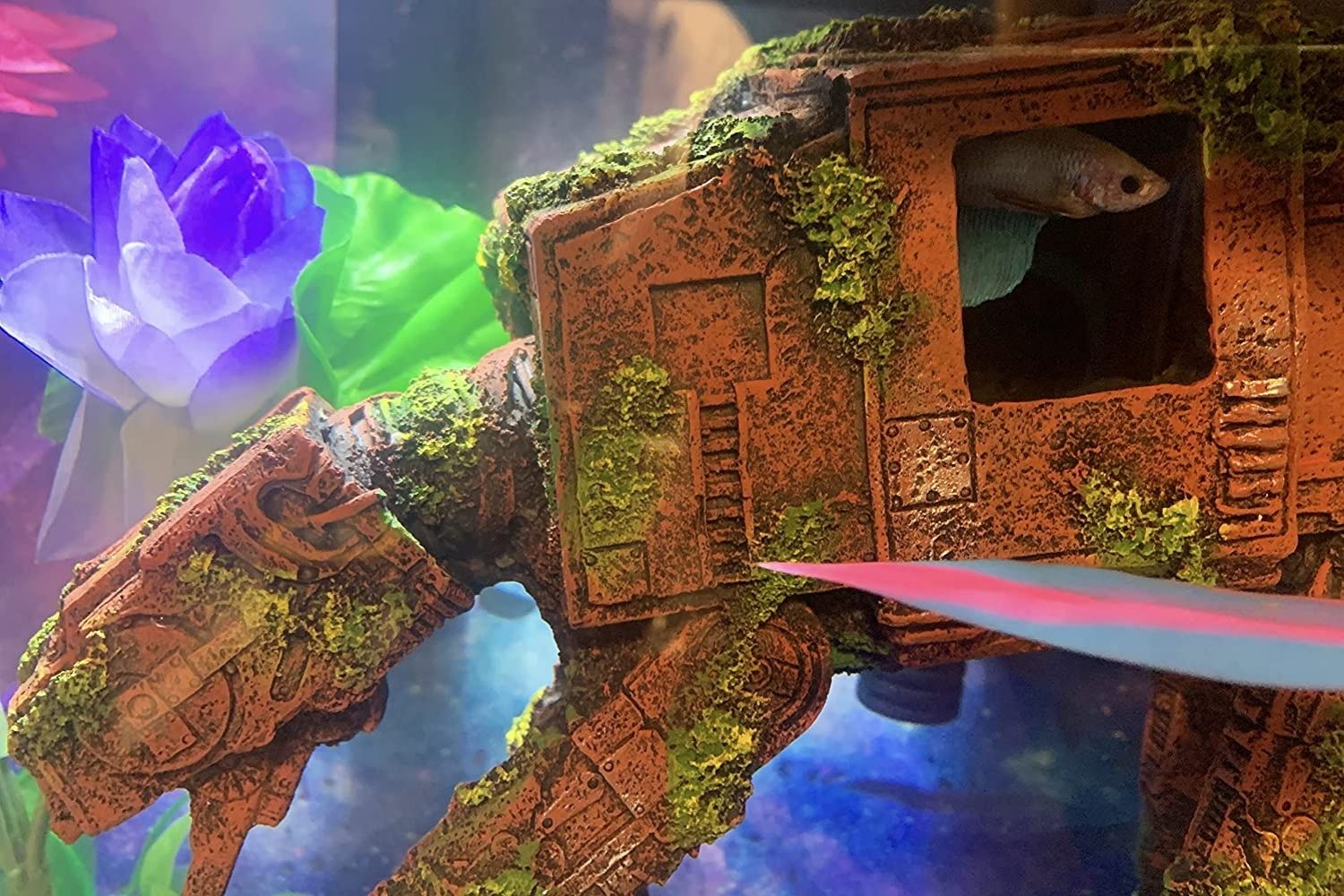 Star Wars is divided into three trilogies, each of which was (illogically) created out of sequence. The good guys (the Rebellion and the Jedi) fight the bad people in that trilogy. These are the movies that are referred to as the “original trilogy.” The majority of this lexicon will be devoted to these films, which are usually regarded as considerably superior to the prequels.

There’s a bunch of characters in the movie series, the main ones being the Jedi Knights. There used to be a lot of Jedi Knights who preserved the peace and fought the Sith back in the day. However, the Sith eventually gained control and murdered all but a few Jedi. The Jedi team up with the Rebellion to destroy the Empire in Episodes IV, V, and VI. A Padawan, also known as a Jedi trainee, is a person in training to become a Jedi who works one-on-one with a Jedi Master.

Some of the good and bad guys as well operate with The Force. A Jedi’s strength comes from the Force. It’s an energy field that all living things produce. It envelops and enters us. It is the glue that holds the cosmos together.”

Basically, certain people can utilize microscopic creatures called midi-chlorians to move items, influence what other people do and think, and more. Not everyone has the ability to utilize the Force, but those who can have the ability to wield it for good or evil. The light side is used by the Jedi, while the dark side is used by the Sith. All these people that have the force usually use a lightsaber. A sword formed of pure energy that can only be handled by those who have the ability to utilize it. The Sith usually wield red lightsabers.

Besides all these general things, there are obviously certain characters that I bet everyone is familiar with like Darth Vader, Luke Skywalker, Stormtroopers, Princess Leia, our beloved Yoda, R2D2 etc. In the midst of all these interesting beings and the world they live in, you can find some sort of theme going on, which essentially rotates to bright red, blue and black.

Colours that coincidentally would look great underwater and match with most fish that can be kept in a tank. We took every environment and character into account when making our choices as well as the colours of tanks themselves and how they manifest with the theme of Star Wars. With the products below, you’ll be sure to come to a very pleasant conclusion, that will for sure upgrade your setup.

Our staff compiled a list of the most relevant and high-quality goods for your fish from all of the products available on the market. Each of these is a wonderful complement to a Star Wars themed tank and will give you a realistic perspective of The Dark Side.

A four-legged combat walker that helped to overthrow The Empire during the Clone Wars, this piece is sure to up your setup. It leaves room for your fish to swim through, and its colour contributes to making the whole thing more natural for them. The ornament itself is made of good material, sturdy, with a waterproof finish that’s sure to look new for months. It’s also pretty affordable and leaves space for other ornaments star-wars themed.

For adding some fictional darkness to your tank, this Darth Vader helmet is sure to be recognized even by people that aren’t fans of Stars Wars. The thing about this one is that it also has swimming holes in it that not only serve for your fish to go through them but also serve as a shelter if your fish are anxious or stressed. The product itself is of high quality and will last you longer and serve you well.

The force will definitely awaken with this one, for this kit comes in 85 pieces and will be really fun to put together, rather it is alone or with friends and/or family. The fastest junk in the galaxy and has all the details to make for a perfect replica that will make your tank look stunning. High quality, with adjustable parts and it’ll make everything look way cooler and in character. 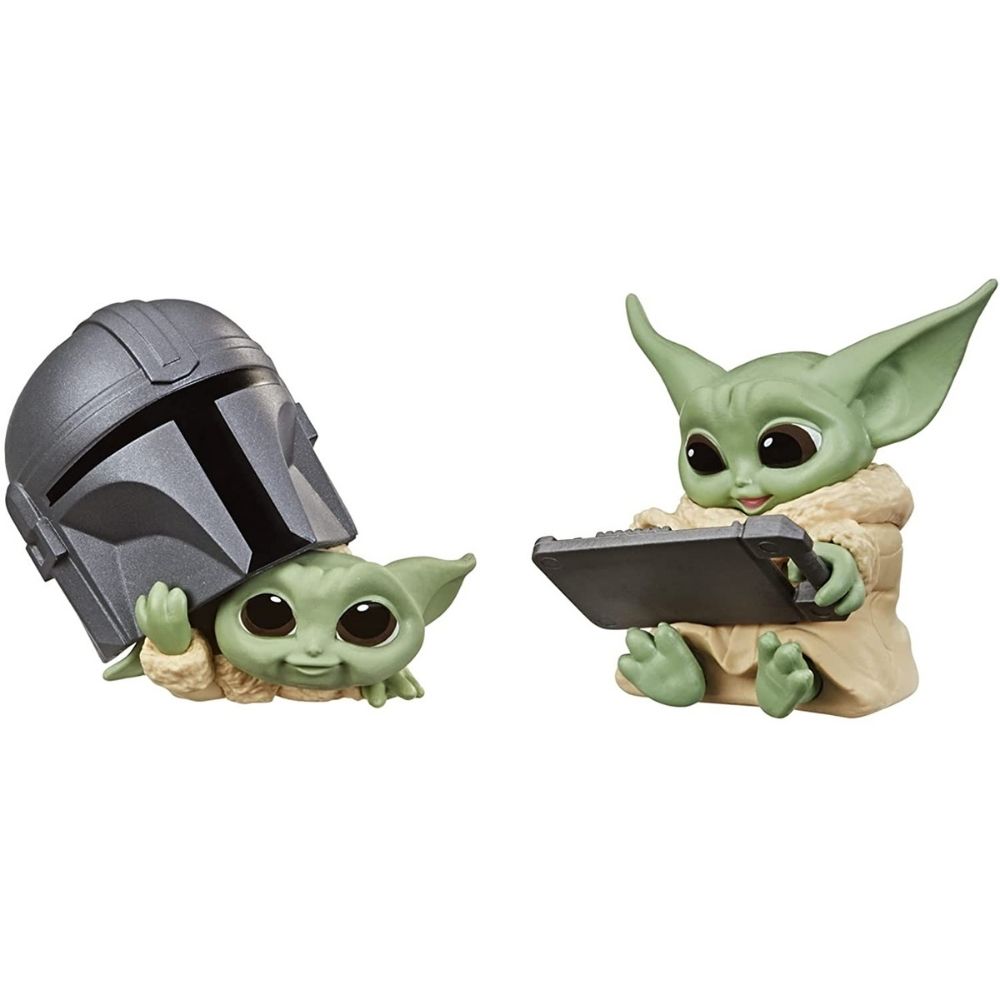 This collection has Baby Yoda figurines that are styled to be not only just cute but also in different poses for you to choose from depending on what fits your tank the best. They’re small and good built making them perfect for long-term decoration but will also blend really well with anything else we’ve recommended. 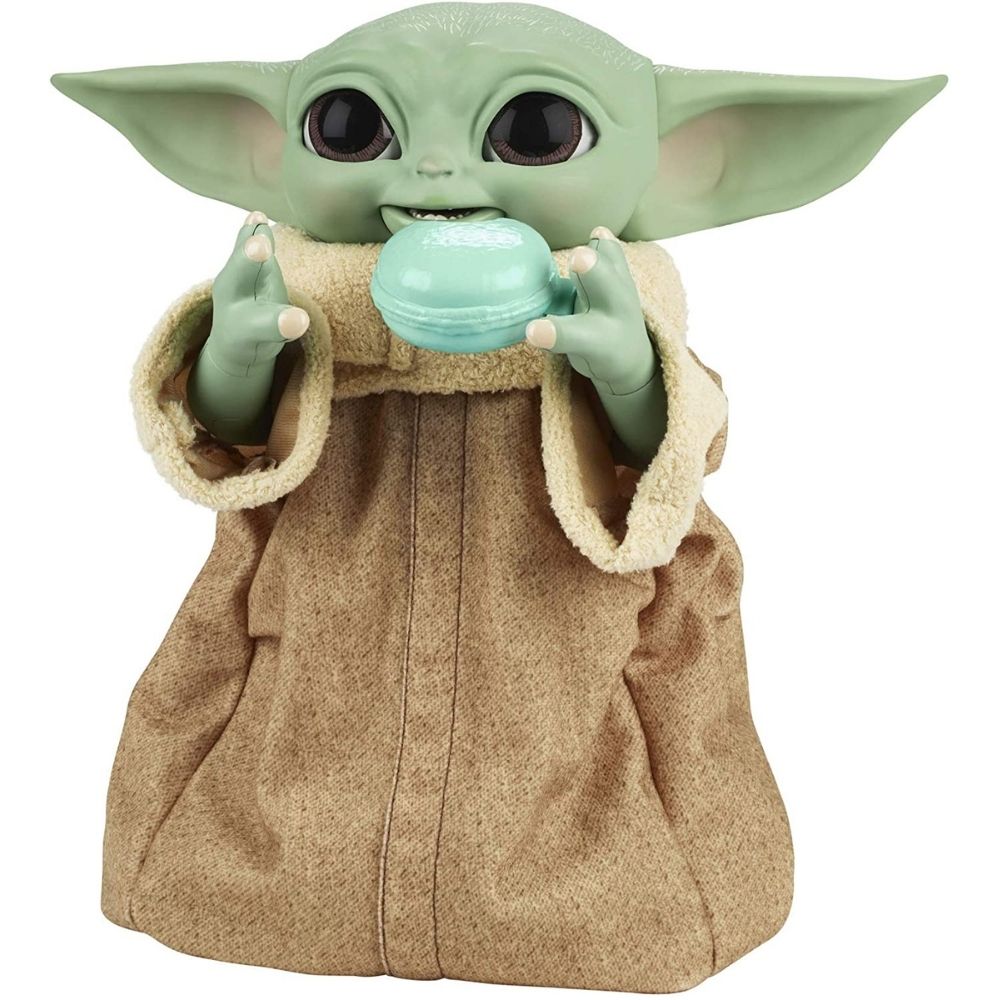 One of the best fish tank decorations to have close to your tank. If you want to up your setup, this one is an animatronic, which means it can move and do all the cool stuff robots do, all from your tank. We’d suggest not to make any sudden movements for it might scare your fish, but keeping it lowkey is sure to make your guests interested and even give everything a sci-fi vibe. This one isn’t for the people that want a kind of lowkey theme, but a perfect choice for someone that’s looking to go all out.

To make a themed setup you first must know at least the basics to be able to pull it off without looking totally disconnected. Even if you haven’t watched the movies or don’t have the time to watch them now, this article should suffice to show you exactly what we’re talking about and to give you an idea of how the figurines should be placed. We hope that our advice has helped you make a more informed decision and has given you a better understanding of the show and how to appropriately incorporate it into your fish tank and your setup theme.

Keep in mind that we may receive commissions when you click our links and make purchases. However, this does not impact our reviews and comparisons. We try our best to keep things fair and balanced, in order to help you make the best choice for yourself.

As an Amazon Associate, I earn from qualifying purchases.

As a Chewy affiliate, I earn commissions for qualifying purchases.