Fish that Start with P: Pictures, Facts, and more 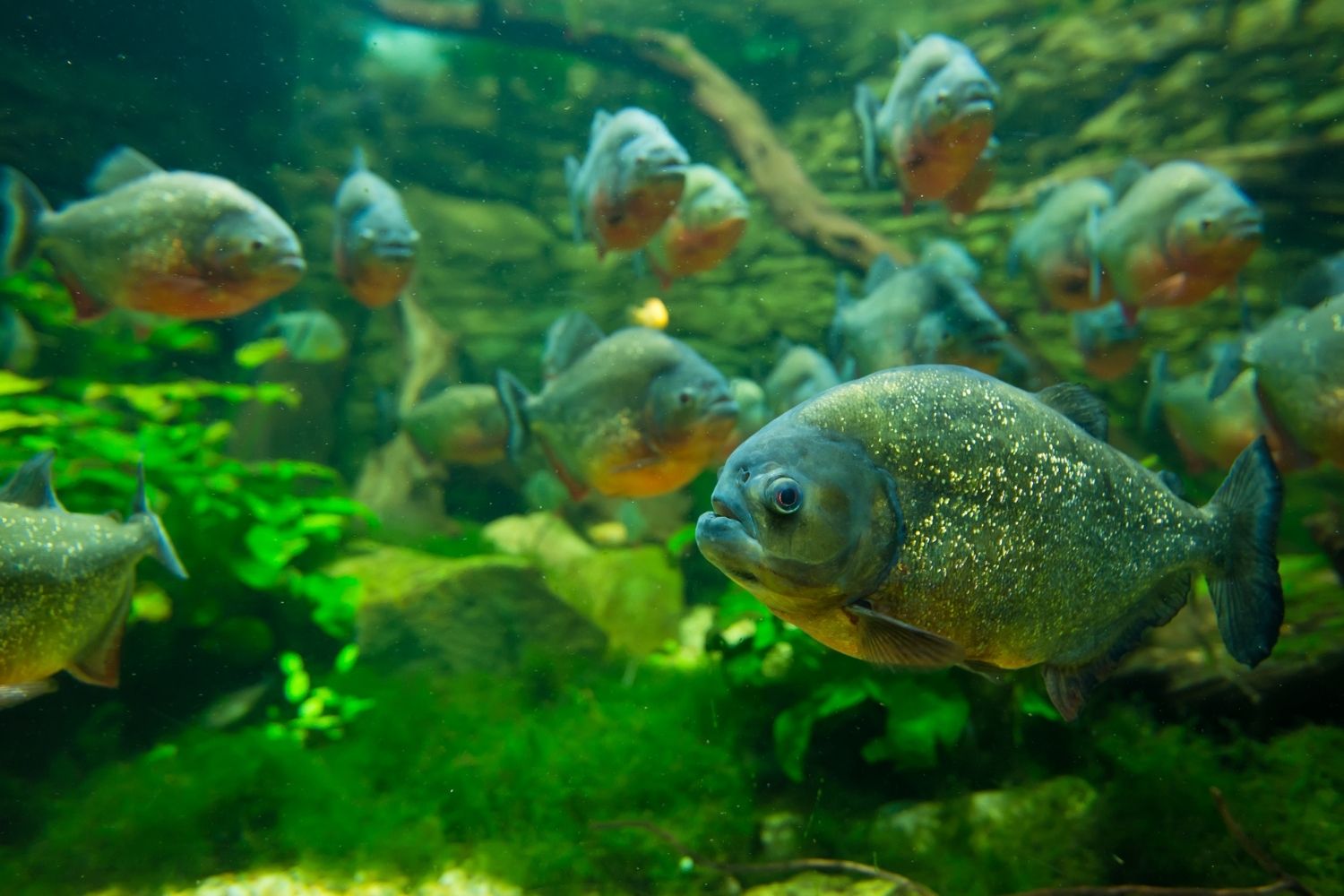 Letter P can be considered one of the most common letters in the fish species names list. Fish species that start with this letter have a very wide range of types, from tropical fish to saltwater fish. Our fish names list does not only focus on the name itself but also about their type, characteristics, and a short care guide.

Let’s take a look at some fish species that start with P below.

Fish that Start with P

This is a type of fish that starts with P is the most popular one that you must have heard about once in your life. Piranha can be found in South America, particularly the Amazon region. Their habitat is usually murky water regions with a slow-flowing currents. They’re considered to be carnivores since they eat other small fishes and insects (be careful). 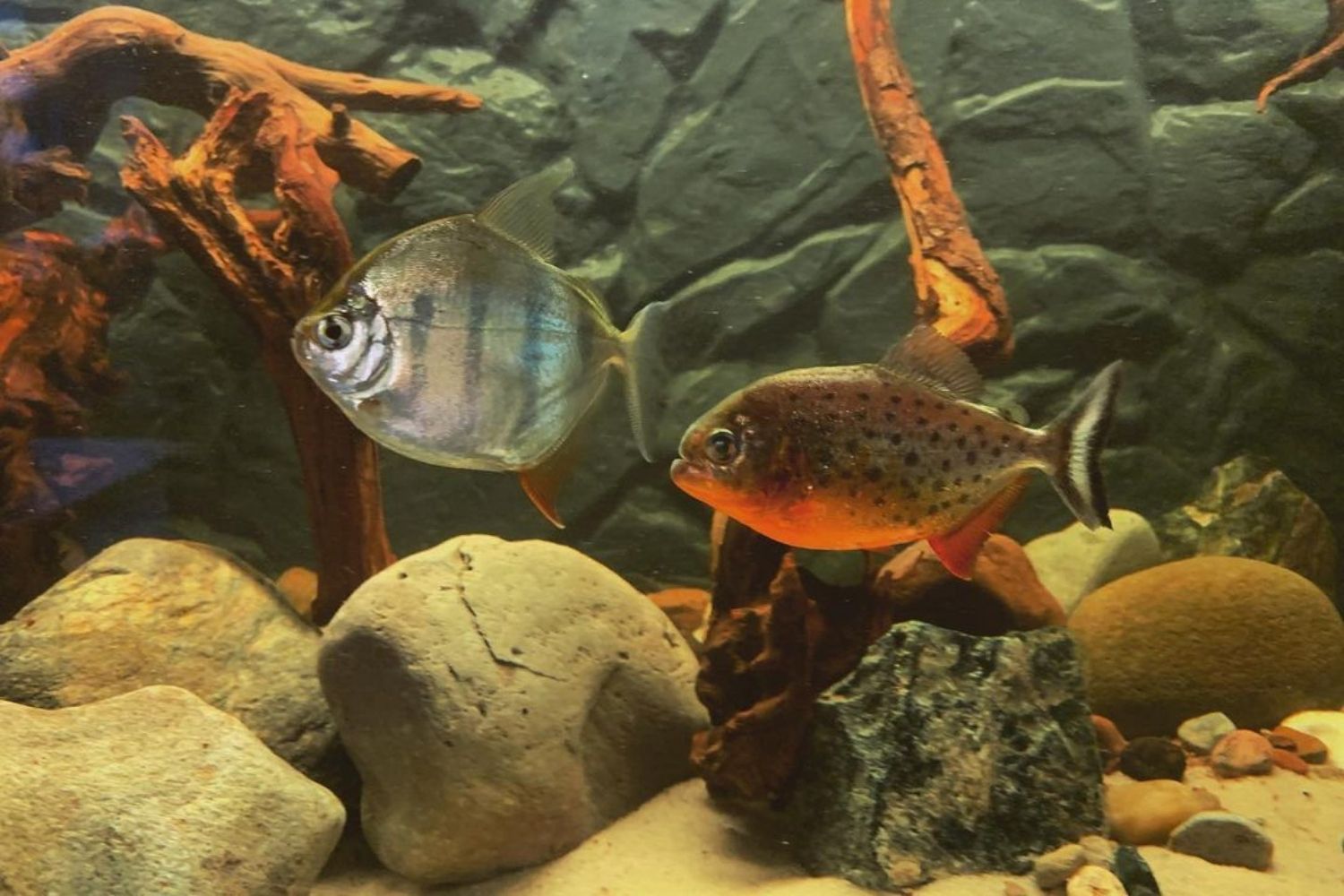 The good news is that Piranhas are not aggressive by nature; however if provoked or hungry then they will become aggressive so you better stay out of their way.

Powder Blue Tang fish got their name because of the powder blue sheen that it gives off. Their scientific name is Acanthurus leucosternon and they can be found in the Indo-Pacific region. 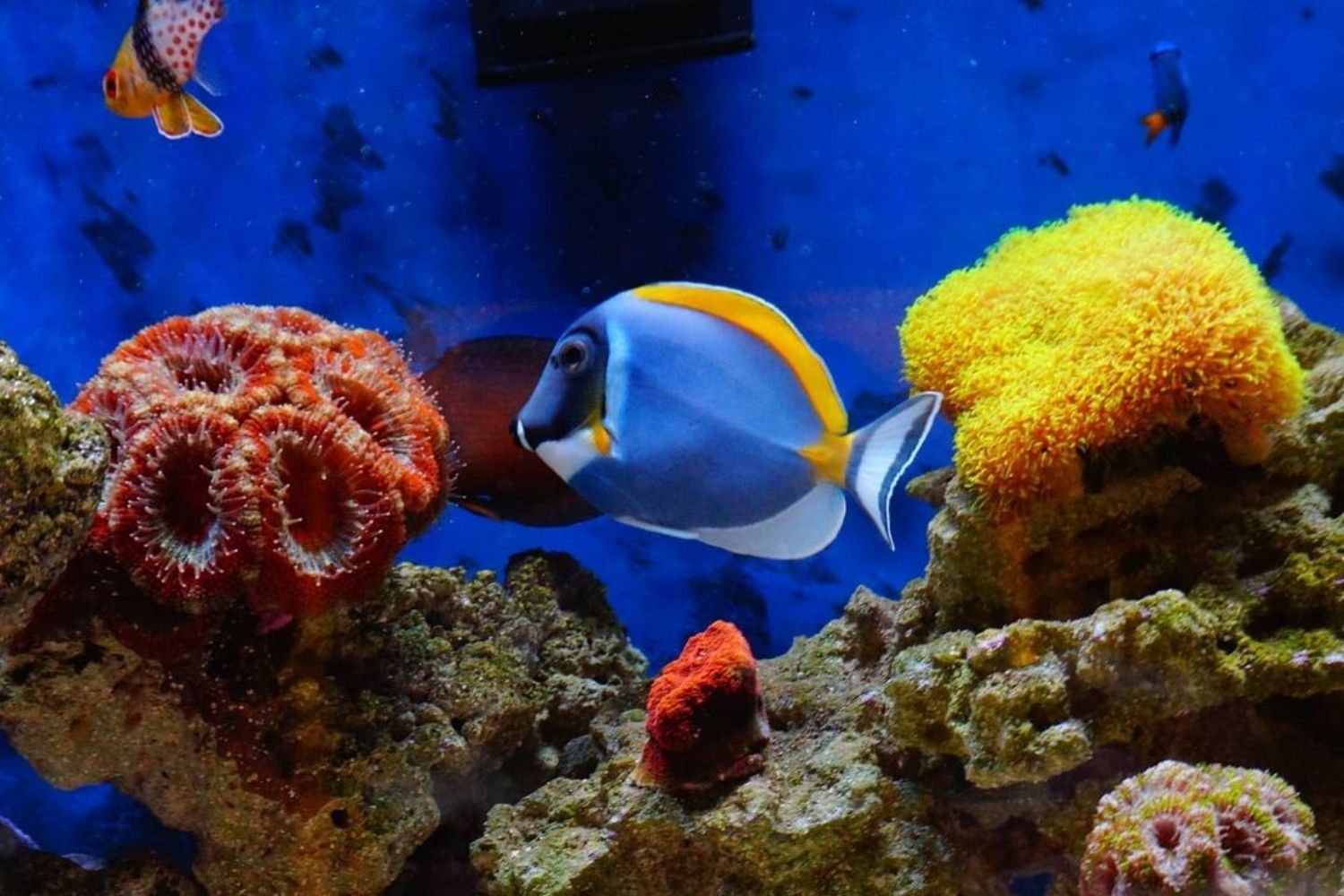 This fish is one of the most colorful tang fish species and it’s one of the biggest ones too since they can grow up to about 20 inches long, which makes them great display fish for saltwater aquariums.

This fish is popular among saltwater hobbyists because of its vivid coloration and ability to adapt to different water temperature ranges with ease. In order to make this fish happy you need a tank with live rock or coral decorations, and plenty of swimming room.

The Peacock Cichlid is one of the most popular Cichlid fish that start with P. This fish got its name because of its magnificent display of bright colors, much like how a peacock does. The male species are much more colorful compared to the female ones. Their main diet consists mainly of vegetation and uneaten food from other fish. Peacock Cichlid’s scientific name is Aulonocara nyassae. 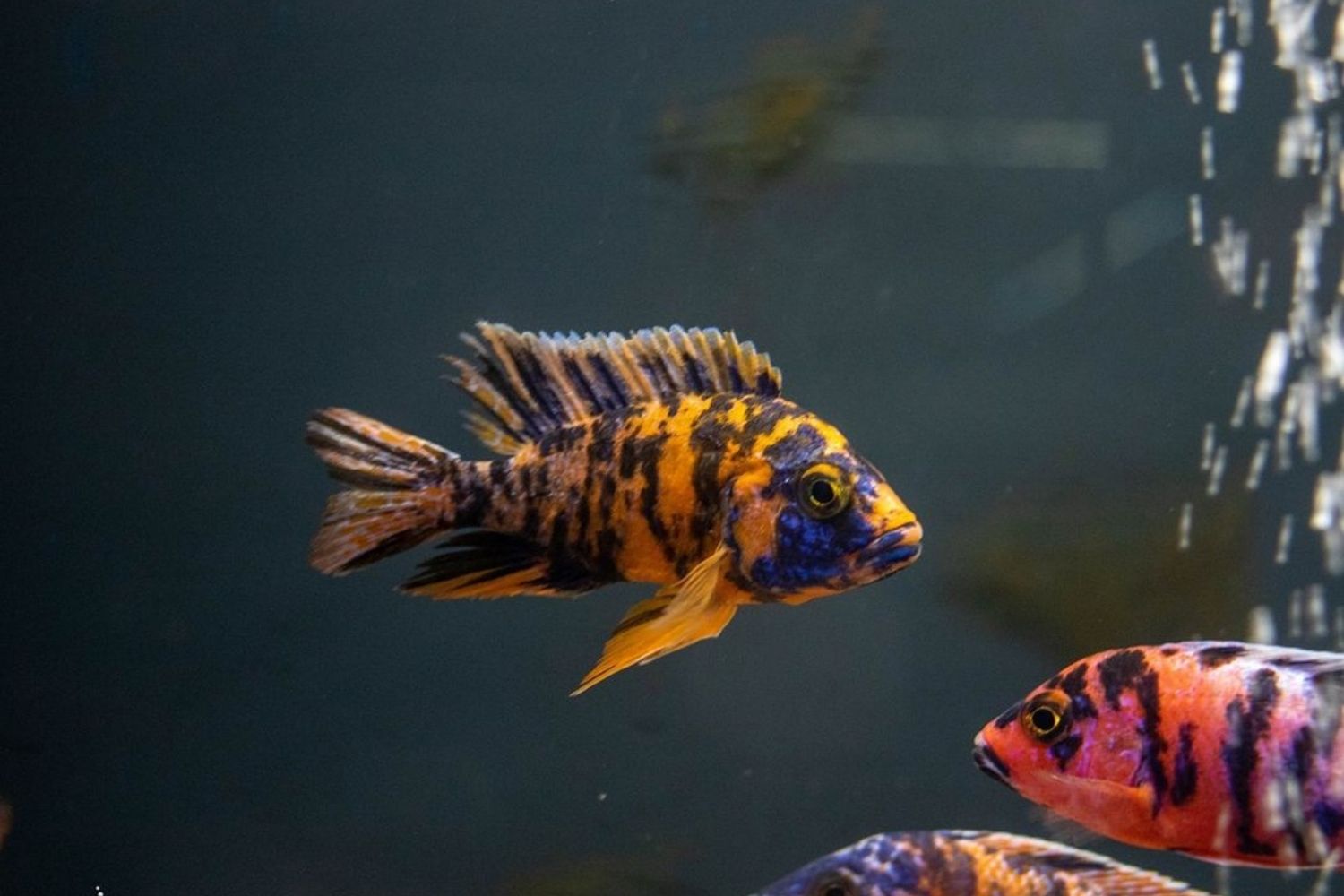 This fish is easy to maintain in the right conditions since it feeds primarily on vegetation, making them one of the easier fish to keep. The minimum tank size for this fish is 50 gallons for a pair of fish, but bigger tanks are highly recommended to have more space for swimming and feeding.

Panda Garra is species of fish that starts with P and their scientific name is Garra flavatra. Their common name comes from the black-tipped fins that resemble a panda bear’s ears. Fish gets its deep brown to the gold coloration on its flanks while the rest of it looks silver. The male fish have longer fins while the female fish have shorter ones. 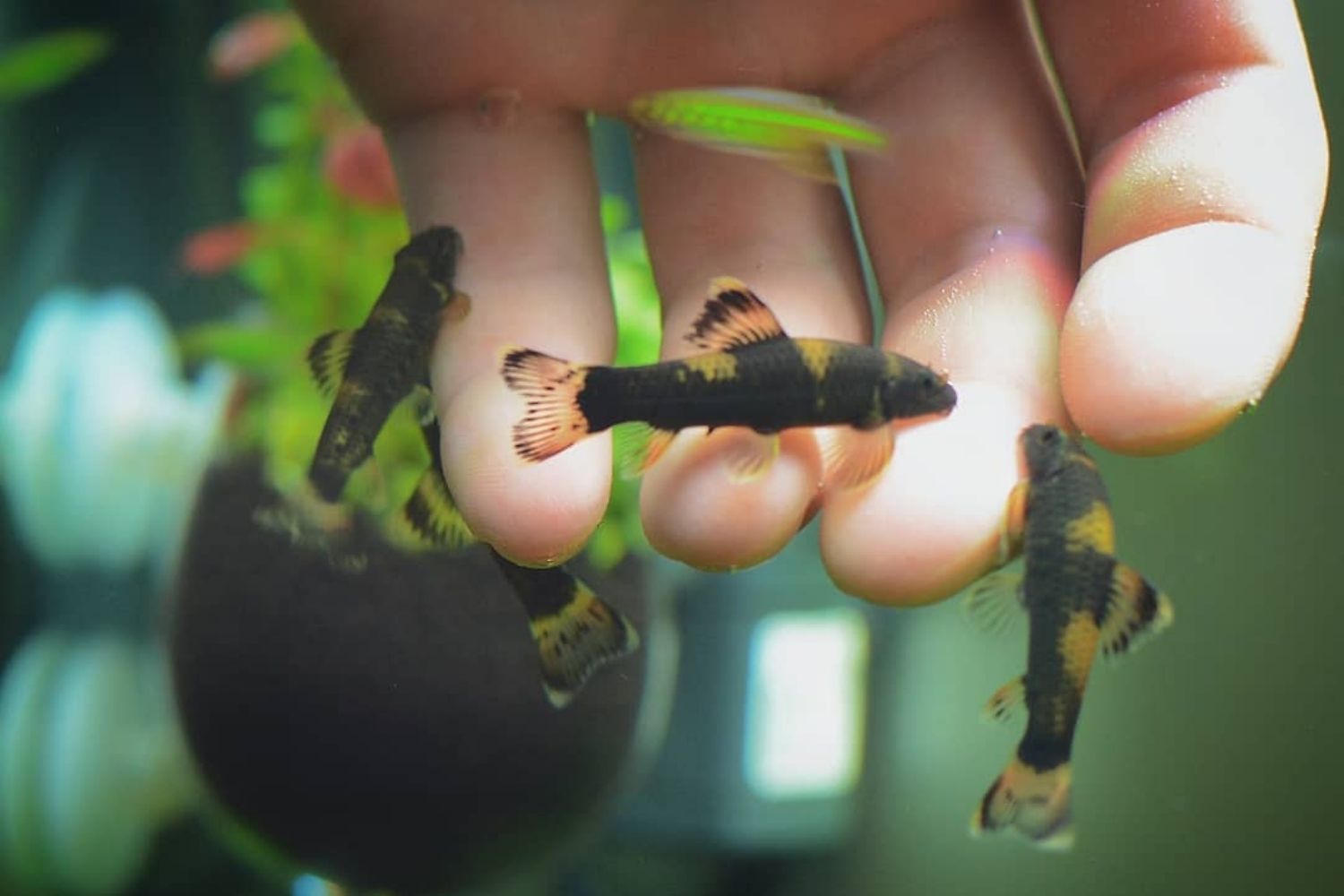 The normal lifespan for this type of Fish is about 8 years, but sometimes they can live up to 12-15 years in captivity if you take well care of them. This aquatic pet gets most active during feeding time, so you should be careful not to scare them away from getting food from your tank.

Panda Loach fish’s scientific name is Yaoshania pachychilus. These Fish have a dark brown body with dark gray to black fins. In nature Panda Loach prefer slow-moving waters that are rich in vegetation and other small animals. They can live up to 11 years in captivity and will spend most of their time hiding under rocks or tree roots 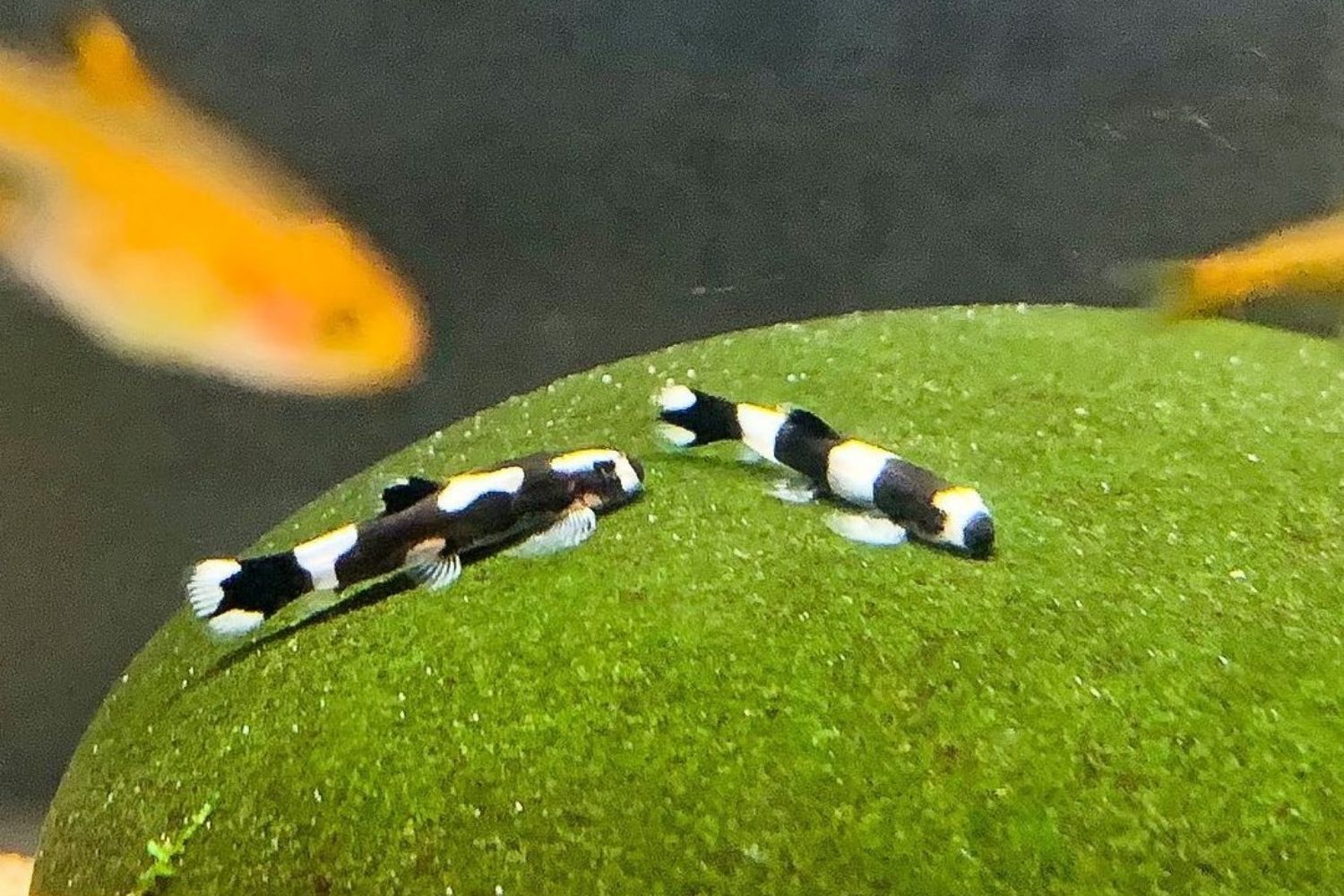 Panda Loach Fish are herbivores, they mainly eat algae and small insects that they find on the bottom of rivers or lakes. But they will eat prepared fish foods as well. They can get to be about 8-10 inches long, which makes it a perfect display fish for aquariums that are 55 gallons or more.

Pacific Fat Sleeper Goby has a grey-colored body with an orange underbelly. They can grow up to 4 inches and their lifespan is about 10-15 years of age. This type of fish is most likely to be found in New Guinea.

Another popular fish species that start with P include the Pacific sailfin sculpin fish, also known as Lebiasina Pacifica. This fish has an elongated body and can grow up to 6 inches, including its extended finnage. Its scientific name is Lebiasina afinis.

Pacific Sailfin Sculpin Fish usually swims around sand or along rocky reef areas of kelp forest to make sure it always hides when needed like during feeding time. Fish’s common name comes from its dorsal fins, which resemble a sail on a ship. You can find this species in North of California to Southern Mexico.

Other fish that start with P include Painted greenling fish, also known as Oxylebius pictus. These fish have a mottled color on the head and body. The fish’s common name comes from their bright green coloring which makes them look like they’re painted. 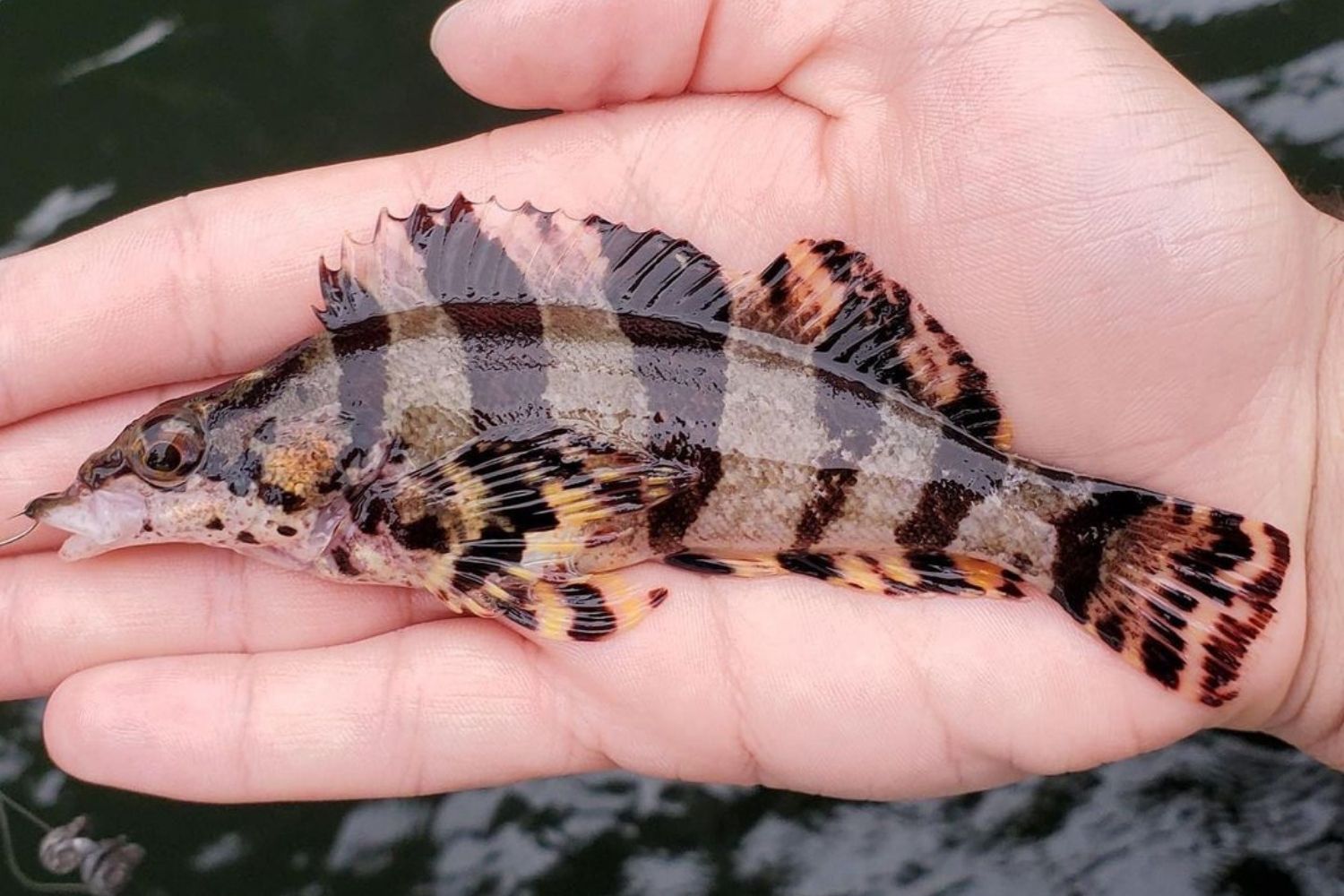 Painted Greenling fish is one of the most popular aquarium fish and is usually great in community tanks. Fish is relatively peaceful and stay in small groups or in pairs in nature; They can grow up to 7 inches in length, Mostly they can be found in Northern Pacific Ocean.

Peacock Gudgeon scientific name is Tateurndina Ocellicauda. This fish has a deep and compressed body and their flanks are silver with yellow to red stripes that run along the side of its body. The fish’s common name comes from the blue spots on males’ tails, which resembles peacocks and gudgeon refers to suckers or fish that attach themselves to other fish; Fish stays between 25-40 inches long. Their lifespan is about 13-15 years in the wild. 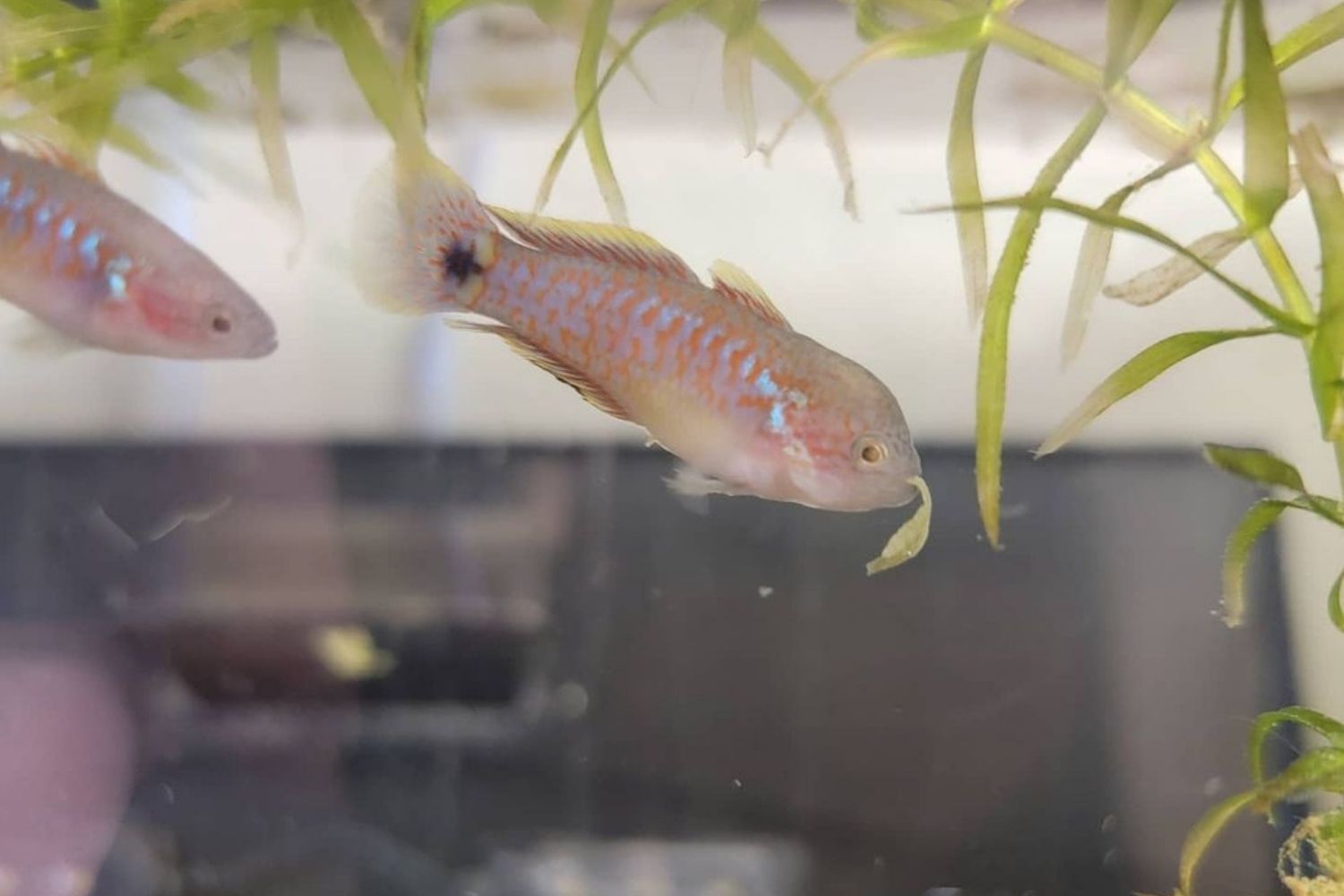 All of the fish mentioned above can be found and purchased at any fish store, online or in-store. If you tend to like one of them go ahead and start keeping them in your tank!

Freshwater Fish that Start with P

Here is a list of the most common freshwater fish that start with P:

Saltwater Fish that Start with P

The variety of saltwater fish is vast, and many start with the letter P. For example:

We are done with this article about the fish names that start with P. We hope that you found it interesting and useful! Please share your opinion in the comment section below

Keep in mind that we may receive commissions when you click our links and make purchases. However, this does not impact our reviews and comparisons. We try our best to keep things fair and balanced, in order to help you make the best choice for yourself.

As an Amazon Associate, I earn from qualifying purchases.

As a Chewy affiliate, I earn commissions for qualifying purchases.